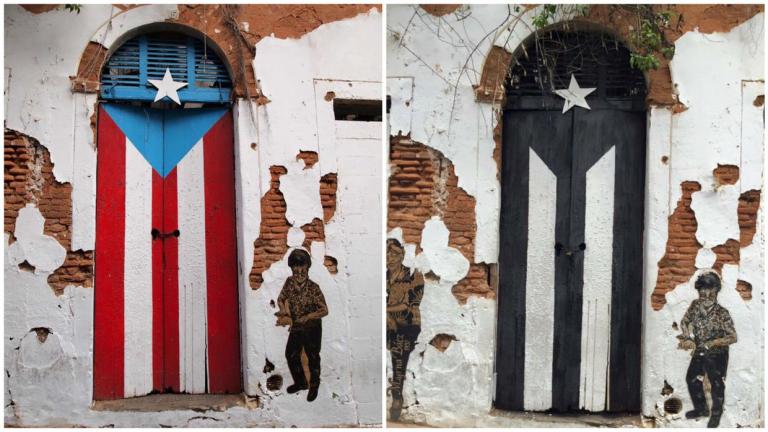 I’ve often been asked if I want statehood for Puerto Rico and I say, “No……not really”. I’m not very vehement in my answer, so then I’m asked if I want independence. ” I don’t really want to be like the Dominican Republic or Cuba…..”  Well then, I guess you want it to stay like it is.  “ A colony? no…….the status quo isn’t functioning anymore and I guess it’s debatable if it ever was.”

After listening to the seven episodes of the PBS podcast, “La Brega”, I realize that I’m not alone. The podcast ends with the idea that maybe we haven’t thought of the best option for Puerto Rico yet.

Like the woman in the podcast from Rincon, for years I’ve been saying I like living in a “convenient” foreign country. Puerto Rico uses dollars and US passports, but there’s a different culture and language.  I also like having our own Olympic teams and representation in other events as a country. We are a separate country from the United States with great spirit and pride.

Recently I’ve become aware as to how racist the United States is. I  can’t imagine why being a state would help Puerto Rico. With a median household income of $20,539, half that of Mississippi, which has $45,081 (US Census Bureau), what benefit would statehood have? Many think that voting for president and having two more (democratic) senators would help the island. Puerto Ricans on the island are very religious and conservative, so voting democratic may not be a given. I think that racist Americans would have no trouble vacationing in Puerto Rico, the shining star of the Caribbean, but would berate and discriminate against Puerto Rico as the poor Hispanic state. Statehood does not erase poverty.

This was the first year there were candidates in viable alternative parties running for governor. In the past, the three parties ran on island status and nothing else; they never mentioned other issues effecting the island.  In 2020 all the candidates seemed to agree that the island needs to be more self-sufficient. Empty grocery shelves after Maria and importing food from the Dominican Republic and other nations showed us that an island that used to be agricultural needed to start producing food again. Small farms are returning as more young people are going back to the land. This YouTube video shows the historical and present day situation of farming on the island.  https://www.youtube.com/watch?v=IWm-vv68mRc

While small farms are popping up in Puerto Rico, multinational corporate seed companies like Monsanto are already here. These large farms receive more than $519 million in benefits and free water in  areas often dealing with drought. Argeo Quiñones, professor in the Department of Economics of the University of Puerto Rico, said in a report by Centro Periodismo Investigativo, “Those efforts could be in better hands, to produce food for Puerto Rico and decrease our food dependency. This is a highly subsidized multinational model that brings minimum benefits.”

Another confusing fact to add to Puerto Rico’s fiscal situation is the Fiscal Oversight Board. It seems absurd that a federally mandated board has the island pay them when they’re trying to cut expenses. In a 2018 article in el Nuevo Dia it was written, “In essence, the legislature and the country is balking at paying the salary and operations of the board that rules over it. The board has a $60 million budget this year and has asked for an increase to $80 million a year, with $1.7 million of that going to salaries. Its executive director, Natalie Jaresko, makes $625,000 a year….”  Jennifer Gonzalez, the non voting representative in Congress makes $174,000 and the Governor makes $70,000 and mayors make less.

There’s a constant movement to audit the debt. I don’t know if it’s ever been done…but then I hear that some members of the Fiscal Board  have connections to the banking systems and the former governors who got Puerto Rico in debt in the first place. The whole thing is very complicated and messy.

I once read that Lin-Manuel Miranda said that sometimes Broadway investors lose all their money when a show closes after opening night. It can happen. That’s what happens with bad investments. I guess that’s simplifying this situation but it seems to make sense to me. Those lenders made a bad investment, and lost.

There are organizations fighting the coastal developments that threaten the reefs and surf spots in Puerto Rico. These areas should remain untouched as a buffer zone  for future hurricanes. Widespread ocean development and tax breaks for US citizens and investors are gentrifying Puerto Rico out of reach of the island’s Puerto Ricans.

I’m optimistic that there’s a small group of people who want change for the island and the status issue is just one part of it. While people are thinking creatively, the government is consistently selling its buildings and lands.

Right now we have a disaster with LUMA, the organization chosen to modernize the electric grid of Puerto Rico. There’s talk of exorbitant salaries and promoting  natural gas (related to a former governor) instead of my idea of decentralizing the grid to use solar, wind, hydroelectric and oceanic sources of energy depending on the area.

We demand the immediate restitution of these reserves:

We also demand the restitution of the maps that were legally approved for the municipal Plans of Lajas and Rincón and the annulment of Reglamento Conjunto 2020 and demand a full stop on the proposed Mapa de Calificación that is secretly being prepared by the Planning Board.

In conclusion…there is no conclusion. Things aren’t great, but we’re “bregando” and hopefully we’ll work our way to see a new and better Puerto Rico.

A Tale of Two Viruses