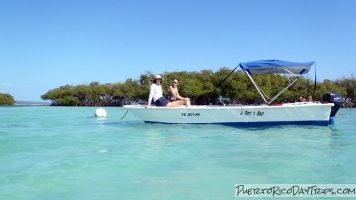 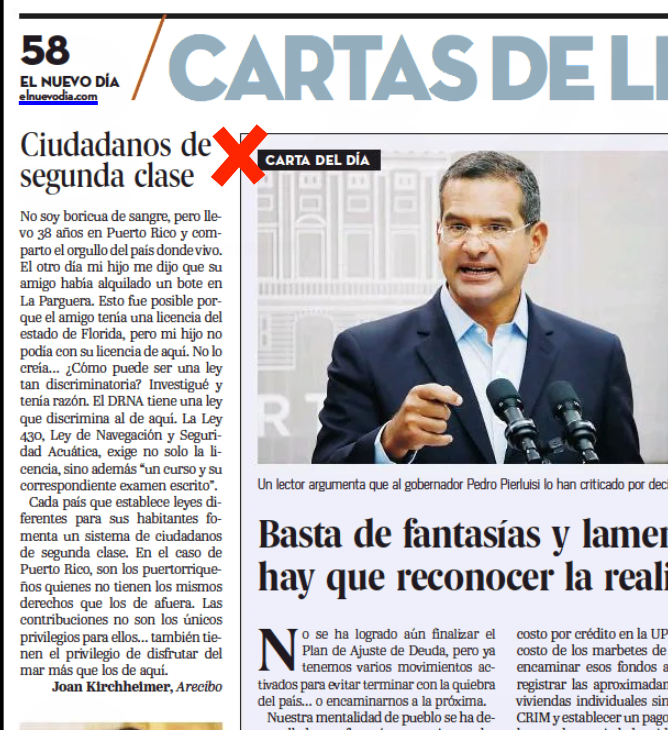 Second class citizens:
I’ve lived in Puerto Rico for 38 years and although I have no Puerto Rican blood, I have “borinquen” pride in the country I call home. The other day my son told me that his friend rented a boat in la Parguera. He could rent it because he had a Florida license, but my son couldn’t rent one with his license from Puerto Rico. I didn’t believe it….how could a law be so discriminatory? I investigated and he was right. The Dept. of Natural Resources discriminates against those from here. The law 430 says that after Jan 2001 residents of Puerto Rico born after 1972 need to take a course and take an exam to operate a boat. (I paraphrased the law written above in Spanish)
Each country that establishes different laws for its inhabitants creates second class citizens. In the case of Puerto Rico, it is the Puerto Ricans who don’t have the same rights as those from outside. Tax advantages aren’t the only privileges they have; they also have the privilege to enjoy the sea more than those who come from here.

Now what? I don’t really know if anyone responds to letters from readers, but I hope that it’s a newsworthy issue to follow up on.

Politics while sweeping….or is Wanda Vázquez Garced in a fog?

I DON’T NEED A PASSPORT….and what’s my rep do anyway?