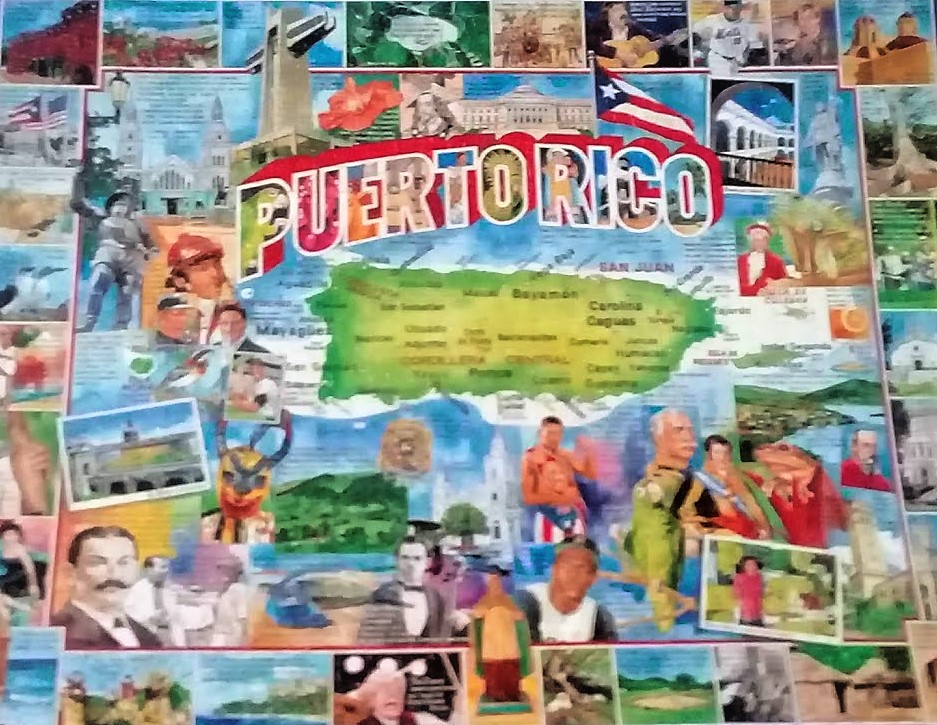 Taking advantage of the “stay at home” order, I began to shuffle bins in an effort to “clean-up”. I pulled out our toy box filled with games and dusty puzzles and found a 1000 piece puzzle of Puerto Rico.  A map of the island with facts, history, people and places, occupied our time (mostly mine) for the next 4 days. 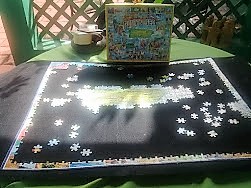 No need to feel guilty, after all I was learning more information about the country which has been my home for the past 36 years. So….forget about cleaning or combing my hair, I was hooked. The only thing that got me up was my aching back. How did I do it every Christmas when my parents set up a puzzle on a card table and left it for everyone to do? Anyway…we moved this one from outside to inside around 1pm when even a slight breeze could tip the beer boxes holding our pieces. Oh lord…don’t let us lose any pieces! 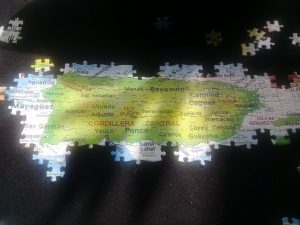 I’m pretty familiar with the map of Puerto Rico, an island 100 miles long by 33 wide, but I learned that there are LOTS of “puntas” all around the island: Punta Brea, Punta Ola Grande, Punta Las Tunas…and more. These are the coastal “points” known to surfers and boaters. I used to call all the beaches along Arecibo’s north coast “Islote”, the neighborhood in the area, but each cove and point has its own name…now I know a few more.

There are six other islands mentioned on the map:

Mona, Desecheo and Monito known as “The Galápagos Islands of the Caribbean“.

I  formed a historical timeline from all the characters shown in the puzzle.

The timeline made me curious as to what was happening when Tony’s family came to PR. His DNA story verifies the claim that Puertoricans are indeed a mixture from everywhere. 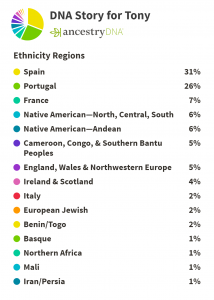 Ancestry traces his family’s arrival to south west Puerto Rico between 1750 and 1800. This makes sense according to the school text, Historia de Puerto Rico, which shows both the general population and the slave population increased substantially in the seventeen and eighteen hundreds.

And so my puzzle is done and ready to frame. We’re onto a new one of irregular fishy pieces. It may not keep me thinking, but it will keep us busy. Things are not good in Puerto Rico at this time. We started out so well, but visitors came and now things are looking kind of grim. We were punished for the Zika virus which was “home grown”, but Covid is coming to us from outside. So this is not the time to come and vacation. Stay home and hopefully some day you can visit Puerto Rico, a truly “Enchanted Island”.

Musings on the edge